Chef in Residence at Stone Barns

< back to Chef in Residence home 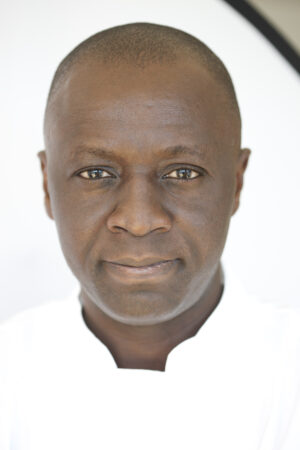 Nigerian chef Shola Olunloyo is a distinguished member of the Philadelphia restaurant community, with a reputation for highly technical food and exciting flavors. Schooled in both England and Nigeria, he continued his culinary studies in a series of apprenticeships and stages across Europe, East, and Southeast Asia working at some of the most formative restaurants in the industry. Along the way, he’s cultivated up a phenomenal library of techniques, flavors and traditions with a special emphasis on fermentation. A culinary jack-of-all-trades, Olunloyo also worked in food writing and catering.

In 2002, he opened the culinary laboratory Studiokitchen, where he experiments with culinary concepts, flavors, and cutting edge technology. In his kitchen, he works with restaurants and food equipment manufacturers to develop new ideas towards deliciousness.

During his residency, Chef Shola will re-interpret the bounty of Hudson Valley through the lens of Yoruba Nigerian cuisine, highlighting the rich and complex flavors that make up the coastal region. 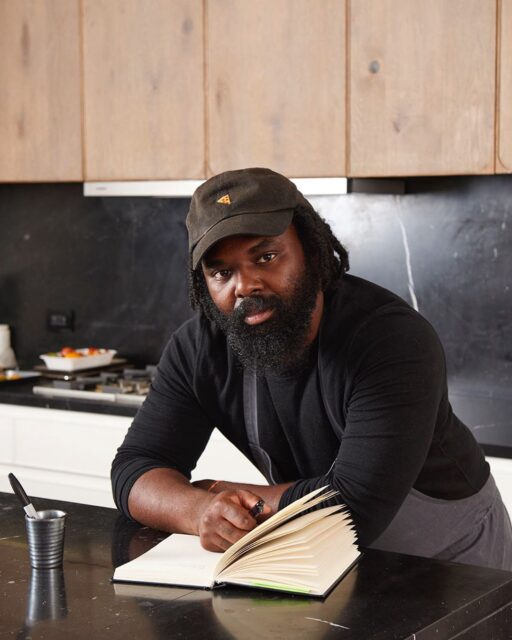 Omar Tate, Esquire’s 2020 Chef of the Year, is a Philadelphia-rooted artist and chef. Omar has worked fifteen years in the restaurant industry in some of the top restaurants in New York City and Philadelphia, including A Voce, Fork, Meadowsweet, Runner and Stone, and Russet. During his time as a cook he found that the lack of diversity and representation of African Americans and other people of color to be unbalanced both in the kitchen and on the plate. In a profession where the product is a direct representation of cultures from around the globe Omar found that modern aesthetics of Black American culture to be severely limited, if not non-existent.

Through travel and research Omar developed a unique perspective on approaching cuisine through the lens of contemporary Black America. As a result of his study Omar launched Honeysuckle Pop Up (recently recognized as Esquire’s 2020 Pop-up of the Year) as a traveling dining concept in the winter of 2018. This concept uses food and art simultaneously as vehicles to explore several nuances of Black life and culture.

Honeysuckle has received critical acclaim not only as a food concept but also as a leading philosophy of the future of food thought in America. Partnered with his wife Cybille St. Aude-Tate, Omar is currently seeking funding to open Honeysuckle as a food focused community center in his neighborhood in West Philadelphia.

During his residency, Chef Omar will work with Hudson Valley larder ingredients in a time of seasonal scarcity, to share the migration of Black communities to the northeastern United States through preservation techniques, traditional foodways, and exceptional storytelling. 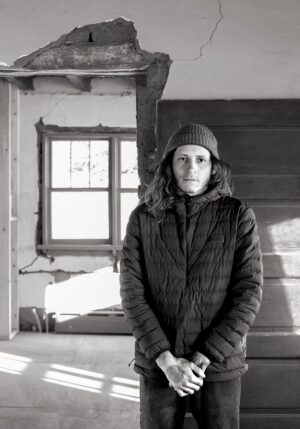 Chef Johnny Ortiz is an indo-hispano born and raised in the small town of Taos, New Mexico, where he spent his youth primarily on the Taos Pueblo. It was here he first found his love for wild food, which is still an integral part of life of the culture. He remembers learning to eat the wild rose from his grandfather and how formative that single experience was.

In the Autumn of 2010, he dropped out after his first semester of business school and moved to Chicago to learn solely by trade. Having worked with food for five years already, he took a position on the team at the restaurant Alinea, at the time being the youngest hire. Here Johnny learned what was possible with food and also his own inter determination to cook meaningful food. Sixteen months of intensive learning later, Johnny was eager to continue learning how to cook, going next to Lummi Island, Washington to work at the Willow’s Inn where he learned more about his love for wild and location specific food. After a season there Johnny moved to San Francisco, California to work with Josh Skenes at Saison. Johnny was on the opening team and started on the hearth/meat station, the heart of the restaurant. At the end of year one Johnny got promoted to Sous Chef, working second to Josh Skenes for the following three years. In those following years Johnny pushed himself to his limits, where he learned to cook with more intention, how to run a team, select the best produce, and overall how the interworkings of a restaurant worked. In Johnny’s mind there was never a question of returning home, but rather when that was going to happen. In 2015 he left the restaurant to start his own project / Shed.

The beginning of / Shed started with the thought of making an experience around food that was fully authentic, where every detail had meaning and where he could have interaction with every step of the process himself.

More than a restaurant, / Shed is an ethos, an ongoing meditation on where he lives and is from in Northern New Mexico, a celebration of its nature and the fleeting of time. A dining series shaped by his familial Indigenous roots and the landscape around him. The exquisite land-inspired menu is paired with ceramic work by himself, that is dug of wild micaceous clay that has been used by his ancestors for generations.

During his residency, Chef Johnny will explore the Indigenous foodways and ingredients of the Hudson Valley with an approach to foraging, seasonality and ecology.

“Ms. Blamey loads her dishes with more excitement than you will find in other new restaurants that are getting far more attention,” wrote The New York Times’ restaurant critic Pete Wells of Chef Victoria Blamey’s distinctive cuisine at New York City’s Chumley’s, where she held the first Executive Chef position of her young career. From there, Victoria went on to Manhattan institution Gotham Bar & Grill, as its first new executive chef in over thirty years, and garnered a glowing three-star review from The New York Times.

A native of Santiago, Chile, Victoria was a student of history until she left for the professional kitchen, leaving university to attend the International School of Culinary Studies in Santiago. Though she came to cooking relatively late, Blamey immediately set her sights on fine dining, working at restaurants including Mugaritz, ABaC, The Vineyard, Corton, and Atera in a tour across Europe, the United States and Australia.

During her residency, Chef Victoria will connect with her Chilean roots to explore a cuisine inspired by one of the most diverse national geographies in the world. 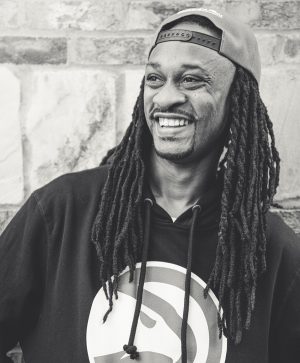 MAY 12 – 29
Known for his signature-style pit-smoked barbeque, Bryan was named one of Food & Wine’s Best New Chefs in 2019 (the first pitmaster ever to receive the title), and was nominated as a James Beard Foundation semi-finalist for Best Chef Southeast 2019 and 2020. Formerly a welder by day, he launched a thriving catering business and became the pitmaster at one of the hottest restaurants in the Southeast, B’s Cracklin’ BBQ in Atlanta. After losing his second restaurant in four years to fire, Bryan is working to open two new Atlanta locations under his own name, as Bryan Furman BBQ.

During his Stone Barns Residency, Pitmaster Bryan will focus on heritage hog breeds, seasonal side dishes using Hudson Valley produce, and the intricate science of choosing woods for smoking. Meals will be served outdoors, in a casual, festive atmosphere, with diners invited to explore the farm before or after their reservation to learn more about the ingredients and practices behind the experience. 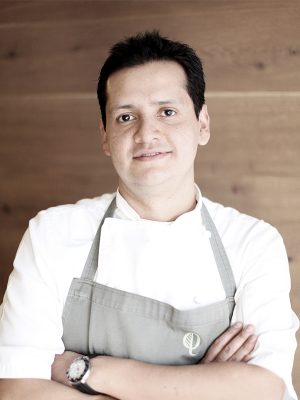 Jorge Vallejo is chef and owner of Quintonil in Mexico City, named one of the World’s 50 Best restaurants, and an alumnus of some of the world’s most respected restaurants including Noma, Pujol and the St. Regis Hotel’s Diana Restaurant. Chef Jorge will apply Mexican traditions and techniques to the early summer bounty of Stone Barns and the greater Hudson Valley. 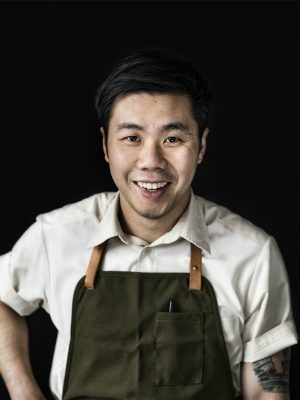 Canadian chef Jonathan Tam trained at Noma and was head chef at Relae, where he gained a deep understanding of seasonality to develop a creative vegetable-forward cuisine. Later this summer, Jonathan will embark on his next chapter, opening restaurant JATAK in Copenhagen. He will use his residency at Stone Barns to explore traditional Chinese technique and Cantonese heritage cooking, reinvented and reinterpreted with Hudson Valley ingredients. 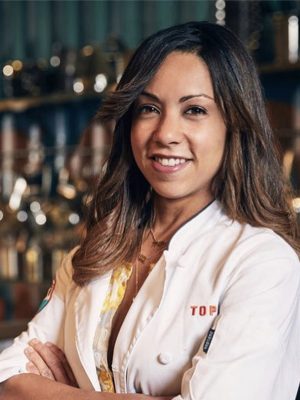 New York-based Chef Adrienne Cheatham spent eight years at Le Bernardin and was executive chef at Red Rooster Harlem. She’s the founder of SundayBest, a pop-up dinner concept in which she highlights the subtleties, nuances and lesser-known facets of Soul Food and Southern cuisine, and she is currently working on her first cookbook. Chef Adrienne will use the Hudson Valley as a backdrop to explore how Southern and Soul Food have evolved over time with the integration of ingredients and techniques from various cultures. 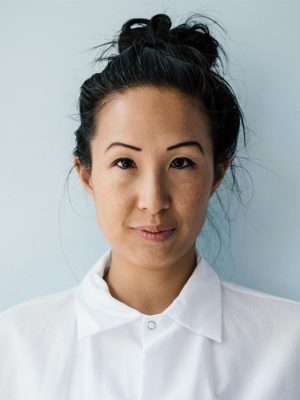 Currently based in London at Flor (more low-key sister of famed Lyle’s) and ASAP Pizza, Chef Pam Yung has honed her passion for pastry and baking across the globe, beginning at Will Goldfarb’s Room 4 Dessert in New York and later at El Celler de Can Roca in Spain and In de Wulf in Belgium. In 2014, she and her then-partner opened a vegetable-forward chef’s counter in Brooklyn called Semilla, where her grain-focused baking and innovative desserts took center stage, earning them a Michelin Star. Chef Pam will close out Season Two of Chef in Residence with a late-summer pizza experience, emphasizing freshly milled whole grain doughs along with handmade cheeses, charcuterie, ferments, and seasonal toppings sourced from the surrounding farm.